Skip to content
For the establishment of the National Energy Administration, Tian Liang, who has been working in the energy field, has not had some experience. As a member of the National Committee of the Chinese People's Political Consultative Conference and General Manager of China National Coal Energy Corporation, he once participated in the preparatory group work when the Ministry of Energy was established in 1988.
According to Tian Liang, after recalling the energy commission that was responsible for energy work in 1980, the State Council decided in 1987 the reform of the energy management organization and decided to set up a special group for the preparation of the Ministry of Energy until the establishment of the Ministry of Energy in 1988.
"At that time, Minister Huang (Note: Huang Yicheng) proposed the 'four-in-three-three-independence' position for the Ministry of Energy, namely: management policy, management planning, management services, and supervision; regardless of people, finances and property," said Tianliang.
This idea was not understood by many people working at the Ministry of Energy at that time. "Because everyone is used to working in government departments, it's not a habit to use (people, money, things)." Tianliang said. After that, the power system reform was completed in the Ministry of Energy, and China National Petroleum Corporation was established in the oil industry. The coal company also established the head office of the national head office. Together with the separate nuclear industry department, the situation at that time was reviewed by Tian Liang: It becomes a pipe and no matter whether it is pipe or electricity, regardless of oil, coal, or nuclear."
Now, looking back, after Tian Liang thinks that the â€œfour-in-three and three-in-oneâ€ mentality was still a good reference for todayâ€™s government reforms.
Recalling the work of the Ministry of Energy that year, according to Tian Liang, the problem lies in poor coordination. â€œA department is responsible for so many ministerial companies. Can it be coordinated? Regardless of people, the final result is poor coordination.â€ Tian Liang said.
Therefore, after summarizing previous experiences and lessons, Tian Liang believed that the establishment of the National Energy Administration under the National Development and Reform Commission did not establish the Department of Energy, but did not establish the Department of Energy. Because this industry is very complex, there are four industries: coal, electricity, oil and nuclear industries. The production and construction of various industries are very independent and have no relevance.
According to Tian Liang, the establishment of the Energy Bureau means that there is a direct management bureau of the National Development and Reform Commission to specifically manage the industry, which is a good attempt for energy reform. For example, the rules governing the admission of coal mines, and the establishment of production capacity, the type of technology used for mining, and how much the resource recovery rate can be achieved, will ensure that the nationâ€™s energy resources will continue to develop in a healthy manner.
Related Links
Zhang Xiaoji, member of the National Committee of the Chinese People's Political Consultative Conference and Minister of External Studies of the Development Research Center of the State Council:
The exploration of the major system is phased, but it does not stop here. The Energy Commission, the National Development and Reform Commission, and the Energy Administration, what are the relationships between these three levels and how are they each constrained?
Wang Dacheng, member of the CPPCC National Committee and deputy director of the National People's Congress Standing Committee Budget Working Committee:
It is proposed to establish the Department of Energy. The Energy Commission is just a matter of coordination, but it has no decision-making power; the Energy Bureau is only a bureau, not a ministry, and cannot freely use power. Is the Energy Bureau responsible to the Energy Commission or is responsible to the National Development and Reform Commission?

Water pumps serve in a wide range of applications such as pumping water from wells, aquarium filtering, pond filtering and aeration, in the car industry for water-cooling and fuel injection, in the energy industry for pumping oil and natural gas or for operating cooling towers.

The water pump housings we supplied are one of the key parts in the pump assembly.

We also supply fine machined Pump Accessories according to your requirement. 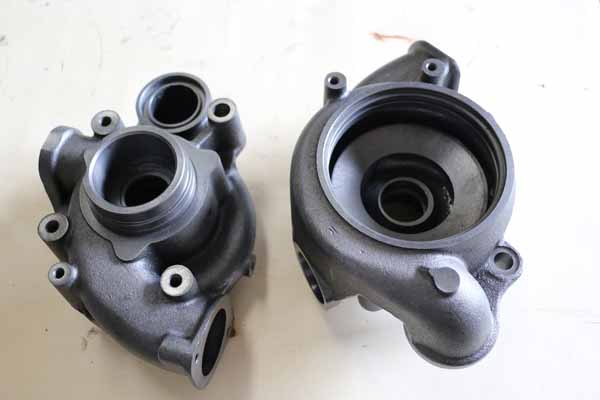 QFAP has specialize in producing pump housings more than 5years.

Main of our customers is from German, USA, and CAN.

With the long terms of experience in the pump industry, we could supply the pump housings or help to design the housings according to your requirements.