Skip to content
In 2016, you can see the majestic liberation of heavy-duty trucks that match the Xichai Aowei engines on the highways between the north and the south.

This year, Xichai Aowei Engine has developed a strong reputation among users for its high power, high torque, low emissions, low noise, low fuel consumption, and long life. Up to now, all series of engines of Xichai Aowei have only exceeded 100,000 units in the sales volume in the first-team market, and have staged one of the â€œbest-sounding liberties for firewoodâ€ in all parts of the country.

The exhibition car debuted at this exhibition is to liberate the full range of 6X4 tractor products, all supporting Xichai Aowei engines. The site not only has the J6P series 6X4 tractor supporting Xichai CA6DM2-42E5 engine, but also has â€œmaintenance cycle, fuel economyâ€. Sex, power, safety, reliability, and comfort are the six leading models of the X6 CA6DM2-46 five-cylinder J6P series 6X4 tractors and the liberation Liute Anjie e long head 6X4 traction. CA6DM3-50E5 JL6 series 6X4 tractors and other new 13L engines. The guests at the scene not only realized the charm of liberating the fuel-efficient fuel-saving technology of Xichai, but also ignited everyone's enthusiasm for car purchase. The scene won the applause with an amazing record of 130 vehicles.

Similarly, representatives of dealers, users and media from various regions in Suzhou witnessed the â€œSaving Oil Kingâ€ at the regional product tasting session of Anhui Province, which is equipped with the X6 J6P 6X4 500hp and pilot version of AMT tractors. After the birth of the event, the activity site snapped up enthusiastically. Many users queued up to sign a car contract, and many users even ordered multiple Liquefied Five J6P 6X4 500 HP and pilot version AMT traction models. In just two hours, it has contributed to the sales of 719 new performances on the site. 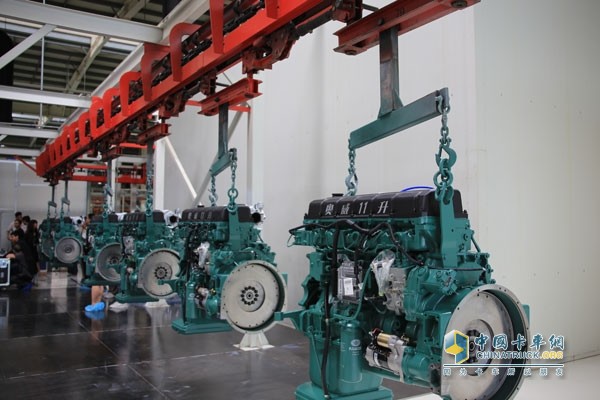 In 2016, Xichai Aowei Engine became more and more popular in the Shanxi market, and its sales increased month by month.

Shanxi coal users have a soft spot for Xichai Aowei. Before buying a car, first look at the car is not the Xichai engine and then orders. According to statistics, the proportion of coal-fired heavy-duty tin-burning machines in Jinzhong and Jinnan has reached more than 60%. Up to now, this year's Shanxi market, only Xichai Aowei machine sales to nearly 10,000 units, in particular, Xichai Aowei 350,420 horsepower products are sought after by users, a month of customer orders exceeded 3,000 units, and now orders have been discharged 2017. Some users even blocked the dealer's door for a liberation vehicle Aowei, and the dealers also enjoyed it. â€œThis is a true god for sale!â€

This year's high-end power products developed by Xichai aiming at the heavy-duty truck market are characterized by its strong, fuel-efficient, reliable, comfortable and safe features such as FAW Liberation J6 and FAW Qingdao JH6, VV, VV, etc. The perfect combination of driving performance, leading sales in similar products, has become the preferred power product for dealers and end users. In response to this hot market, Xichai's marketing staff in the Shanxi Business Unit carefully planned the product promotion model, actively cooperated with the terminal maintenance service, and introduced the Xichai product technology introduction and the â€œcore core serviceâ€ to every customer.

A few days ago, sales of Xichai machines in the Yanzhao Earth were on the rise. In October alone, Xichai Aowei engines sold 1026 units on the Qingdao liberation car, which was a 325.7% increase from the previous month. The liberation of the large sales of Qinghai Xichai Machinery Co., Ltd. has benefited from the popularity of the entire heavy-duty truck industry. The most important thing is that the excellent quality of Xichai Aowei's products has been recognized by users.

With the official launch of the new GB1589 and the implementation of the most stringent overhaul policy in history, FAW Liberation 6*4 lightweight tractors equipped with Xichai Aowei products are quickly becoming hot products in the truck market. Qinghai Liberation is the king of lightweight products. Has been committed to the development of lightweight products, æ‚ V 6 * 4 traction as a representative of the liberation of the Qingqi, matching Xichai CA6DL2-35E4 engine, the weight can be reduced to 7.8 tons, such an excellent product has been immediately introduced by Hebei The favor of users, for a time caused a number of out of stock, a serious shortage of products, currently in the Beijing-Tianjin-Hebei region has become a driving force for dealers and end users. 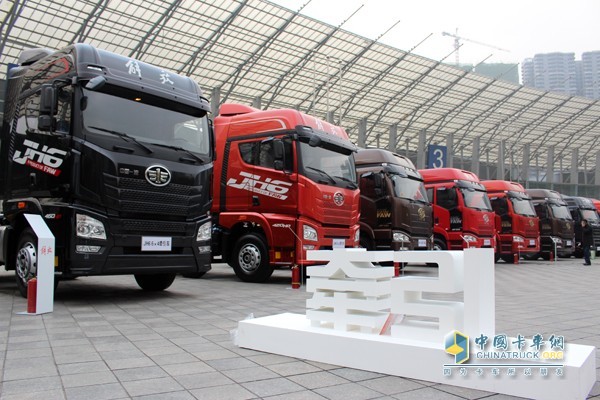 Take responsibility, walk along the road, and become a great instrument. In this era of product strength, the Jiefang J6 car that matched the Xichai Aowei engine has exceeded 700,000 units in total sales volume, relying on its absolute strength. In particular, Xichai Aowei was the first to use four-valve technology in China and The diesel engine with overhead camshaft technology has a number of innovative technologies such as "FCB braking system" and "long oil change technology". Its scores on product quality, power performance and fuel consumption per 100 km are significantly higher than those of competing products. Helping to liberate J6 has taken its initial advantage, and it has become the fastest growing domestic engine market and the highest degree of user acceptance.