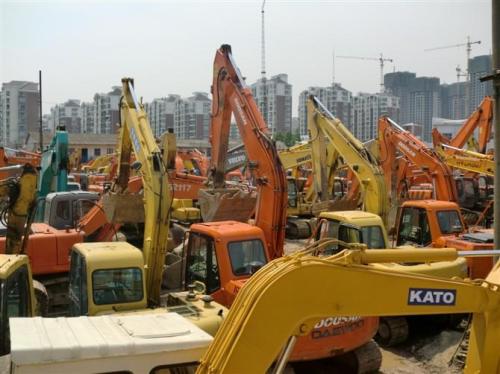 In the past few years, a large number of foreign used construction machinery products have poured into China through various channels. Regarding Wen Bobo's claim that "China has become a construction machinery dump site and calls for legislation to be banned," another voice thinks that this is "eating grapes less than grapefruit." What impact will the imported second-hand machinery bring to the domestic market? Is it "a scourge?"

In fact, as early as 2007, China implemented the "Imported Second-hand Excavator Acceptance Criteria" to make regulations on the service life and quality of the second mobile phone, but the market implementation is limited. Even the bosses of private companies who are optimistic about the import of the second mobile phone also believe that the management of the second mobile phone market is in urgent need of regulation. Many things are not formalized after they are pulled into the country. They should be installed directly without a system test in foreign countries. There are many cars that have defects, and if they continue to work, they may cause accidents. This is a place that is not regulated. It should be regulated, not limited.

Hou Yuhui, mechanical procurement engineer of Tianjin Xinluoqiao Construction Engineering Co., Ltd., said that due to the non-standard market and standards, the quality of second-hand imported machines is uneven, and it is very risky to buy a buyer's eyes. Hou Yuhui said: Most of them are highly polluting. Some machinery. Generally there are oil leaks, welding repair, engine and hydraulic system performance, reliability is worse. Market confusion is in this piece.

The domestic machinery industry, "restricting and strictly controlling the import of the second mobile phone," the appeal is reasonable? How to standardize the market order? Economic Sound Economics commentator Ye Tan believes that to regulate the industrial order depends on the market itself. Ye Tan: What the machinery industry needs to do now is: firstly sort out specific data and analyze why so many second-hand models have to be imported. Is there a problem with the (inward) incentive mechanism? For example, tax refunds? Our companies must also reflect on : Is it because there is still a gap in quality? Many industries are now in the process of transition. Enterprises are in a relatively difficult transition. They should not call for protection. They should appeal to the government for its correct incentives and establish a fair mechanism. We should believe in the market.